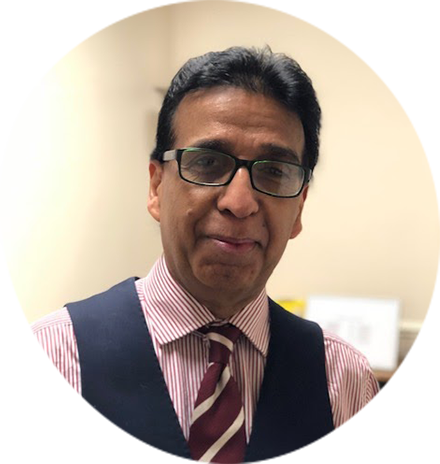 Dr Samuel graduated from Nishtar Medical College, Pakistan, in 1982. He trained in ophthalmology at Christian Hospital, Pakistan, and continued to work there until 1989 before relocation to the UK for further training in ophthalmology.

He worked at various NHS hospitals in the UK before joining Optimax in 1999. Since then, he has performed over 24,000 refractive surgery procedures including LASIK, PRK, LASEK and CK.

He has extensive experience with different types of Excimer lasers used for laser vision correction. He is also highly experienced in Femtosecond bladeless LASIK procedures.

Dr Samuel provides training in Refractive surgery through Didactic Courses and is the Course Director of York Refractive Surgery courses.

He is a regular delegate and speaker at various Laser Eye Surgery Conferences and seminars.

Membership is open to all professionals involved with or wishing to learn more about refractive surgery.

A unique opportunity to learn about new advancements and best practice with specialists from around the globe.

Established in 1993, the Society has provided a forum to members to discuss the many significant advancements of our time.